‘It’s like a giant sewage plant’: how a toxic red alert hit the German pig belt

Lower Saxony is home to more than 7 million pigs – and their manure. As waterways have become polluted, officials say it will take time to repair the damage

Lower Saxony is home to more than 7 million pigs – and their manure. As waterways have become polluted, officials say it will take time to repair the damage

There is an old saying, rather unloved by local people, that if you roll down the window while driving through Germany, you’ll always know from the smell when you are in Lower Saxony.

This is the heartland of a €6bn (£5.1bn) pork industry that sends thousands of tonnes of German pigmeat across the world. But it has done so at a cost. Maps of the Schweinegürtel (pig belt) glow a toxic red if you show ammonia emissions from farm animals and nitrates in groundwater.

Critics say local authorities in the region have allowed the industry to flourish while turning a blind eye to its environmental impact.

While animal welfare has jumped up the public agenda, say campaigners, hotspots of intensive livestock farming and the pollution of waterways is not in many people’s minds.

The sheer density of pigs in Lower Saxony is at the heart of the problem, explains Christine Chemnitz, director of the German agricultural thinktank Agora Agriculture.

While animal manure is a source of agricultural fertiliser, overuse can lead to excess nitrates seeping into groundwater, where it can damage rivers, lakes and oceans.

In some areas in Lower Saxony – home to more than 7 million pigs – the density of pigs is four times the national average | Source: European Environment Agency

Almost 60% of pigs in Germany are found in Lower Saxony and North Rhine-Westphalia, its neighbouring state to the south. In some areas in Lower Saxony – home to more than 7 million pigs – the density of pigs is four times the national average.

Large piglets in a warehouse-like building with feed dispensers hanging from the ceiling Piglets in rearing pens at a farm in Lower Saxony, where 60% of Germany’s pigs are located. Photograph: Henner Rosenkranz After the second world war, farming animals was one of the few industries available to make an income in the state known as the “poor house” of Germany. It had ample land to spread the pig manure and easy access to northern ports such as Hamburg for importing feed and other products. 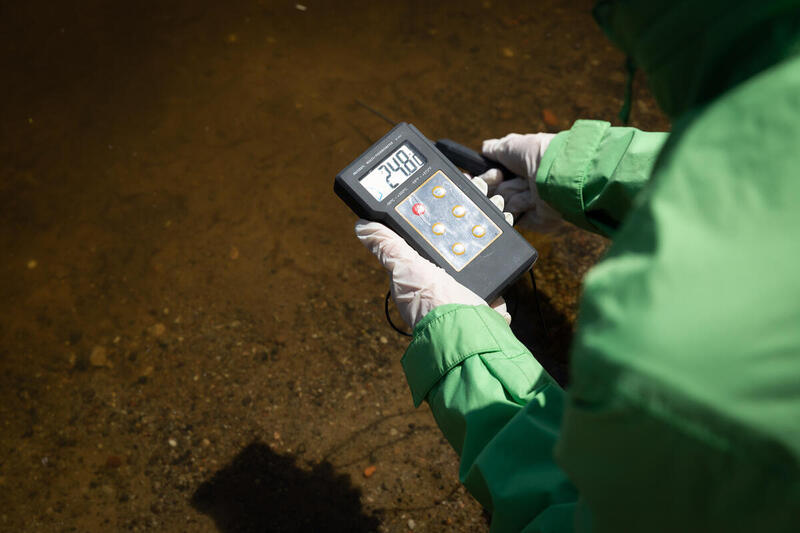 But, more recently, nitrates from the manure spread on agricultural land has been polluting local waterways, says Uwe Behrens, an environmental activist with the Alliance for People, Environment and Animals (Bündnis MUT).

Behrens blames this pollution for the critical state of Lower Saxony’s Ahlhorner fish ponds, a 465-hectare (1,150-acre) conservation area that is home to several rare plant species. One of the ponds, fed by a river that flows through dense agricultural land, was found to have an excess of 133 tonnes of nitrates. “There’s way too much fertiliser in the water,” he says.

In South Oldenburg, where many of Lower Saxony’s pig farms are located, ammonia levels were found to be more than twice the upper limit of those deemed environmentally safe.

But it is the nitrate issue that is the greatest environmental controversy in Lower Saxony. The state has Germany’s highest proportion of “red areas’’ – where nitrates measure above the EU nitrate directive limit of 50mg/l.

The states of Lower Saxony and North Rhine-Westphalia are being sued by campaigners from Deutsche Umwelthilfe (Environmental Action Germany) for failing to tackle the issue. They say two-thirds of the groundwater in the region around Lower Saxony’s Ems River has been left in a “desolate state”.

Reinhild Benning, a spokesperson for Deutsche Umwelthilfe and a former pig farmer, says hotspots of pig production and pollution such as Lower Saxony – where levels can reach three to four times the EU nitrogen limit – have emerged in areas where politicians have been willing to “look away” if things were not right.

She says the government has been too willing to support an expansion of pig farming. The numbers of pigs in the region and the size of farms increased rapidly between 2004 and 2012, with Germany’s pork exports also more than doubling.

In 2018, the country was found to have breached EU law by the European court of justice for failing to deal with the nitrate problem. More than a quarter of monitoring sites in agricultural land in Lower Saxony still exceed EU limits.

“Environmental laws were watered down and new stalls in nitrogen-polluted areas were allowed to be constructed,” says Benning, adding that farms no longer have enough land to adequately spread the manure. “In Lower Saxony we saw, for example, farms with 500 pigs grow to 5,000 and then 10,000 pigs.”

The German Farmers’ Union (Deutscher Bauernverband) says national regulations have been tightened significantly and that excess nitrogen discharged into the environment in Lower Saxony has been stopped this year. 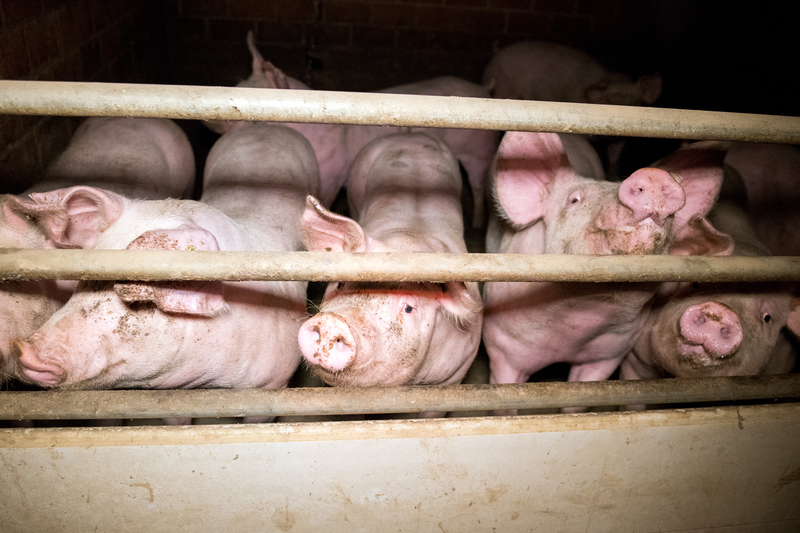 Government officials in Lower Saxony say problems caused by the rapid expansion of animal farming in the early 2000s were, belatedly, being tackled. “We are becoming a repair store for the decisions of the past,” said Olaf Lies, Lower Saxony’s environment minister.

“In the times of general liberalisation, we relied on the sense of responsibility of companies and agriculture, and largely dispensed with regulatory controls. We now have a responsibility to reverse excessive developments to an acceptable level.”

In 2021, Germany introduced stricter regulation around managing manure, which was approved by the European Commission in June. Yet not all are convinced that this is enough to rectify the dirty legacy of Germany’s pork success. The German Association of Energy and Water Industries (BDEW) says new regulations will not bring levels into line with EU legislation, and has criticised the government for proposing measurement models that “artificially reduced” red areas.

Lies admits the repairs to soil and groundwater will not be immediate. “We will find the effects of past decisions and failures in control for a long time, until the effect of the [new] measures have an impact.”

Behrens says Germans still do not fully recognise the environmental impact of the industry when they buy their pork: “Most consumers are not aware that we have too many animals on too little land.

“Animal welfare is now in many people’s minds but not over-fertilisation, drinking-water quality or the loss of plant species.”