Do not drink that water

In 2020, the General Directorate of Public Health in Aragon detected in tap water 93 measurements above 50 mg/litre of nitrates, maximum level for human safe consumption, affecting a population of 6,997 people. In some areas, council trucks have been driving weekly through the streets in summer, distributing water bottles among the neighbours. The tap water is undrinkable.

In 2020, the General Directorate of Public Health in Aragon detected in tap water 93 measurements above 50 mg/litre of nitrates, maximum level for human safe consumption, affecting a population of 6,997 people. In some areas, council trucks have been driving weekly through the streets in summer, distributing water bottles among the neighbours. The tap water is undrinkable.

The effect of the proliferation of macro farms in Aragon has already reached tap water in some cases. In La Sotonera (Huesca), 903 people live alongside 14 pig farms with a capacity of 46,733 animals. In recent years, in Lierta, a small urban centre belonging to La Sotonera, the municipal council trucks have been driving weekly through the streets in summer, distributing water bottles among the neighbours. The tap water is undrinkable. Nitrate levels far exceed the limit of 50 milligrams per litre considered admissible for human consumption by the World Health Organization and the legal maximum according to European Union regulations. In September 2020, the levels reached 110 milligrams per litre.

The main source of drinking water is a polluted spring. In order to make its water fit for consumption, it is mixed with water from the river Venia, which lowers the levels below 50 mg/l, but "in the months when the river flow is lower, such as in summer, the water is no longer drinkable," explains Bernardo Más, president of the LiertAgua Potable Residents Association. 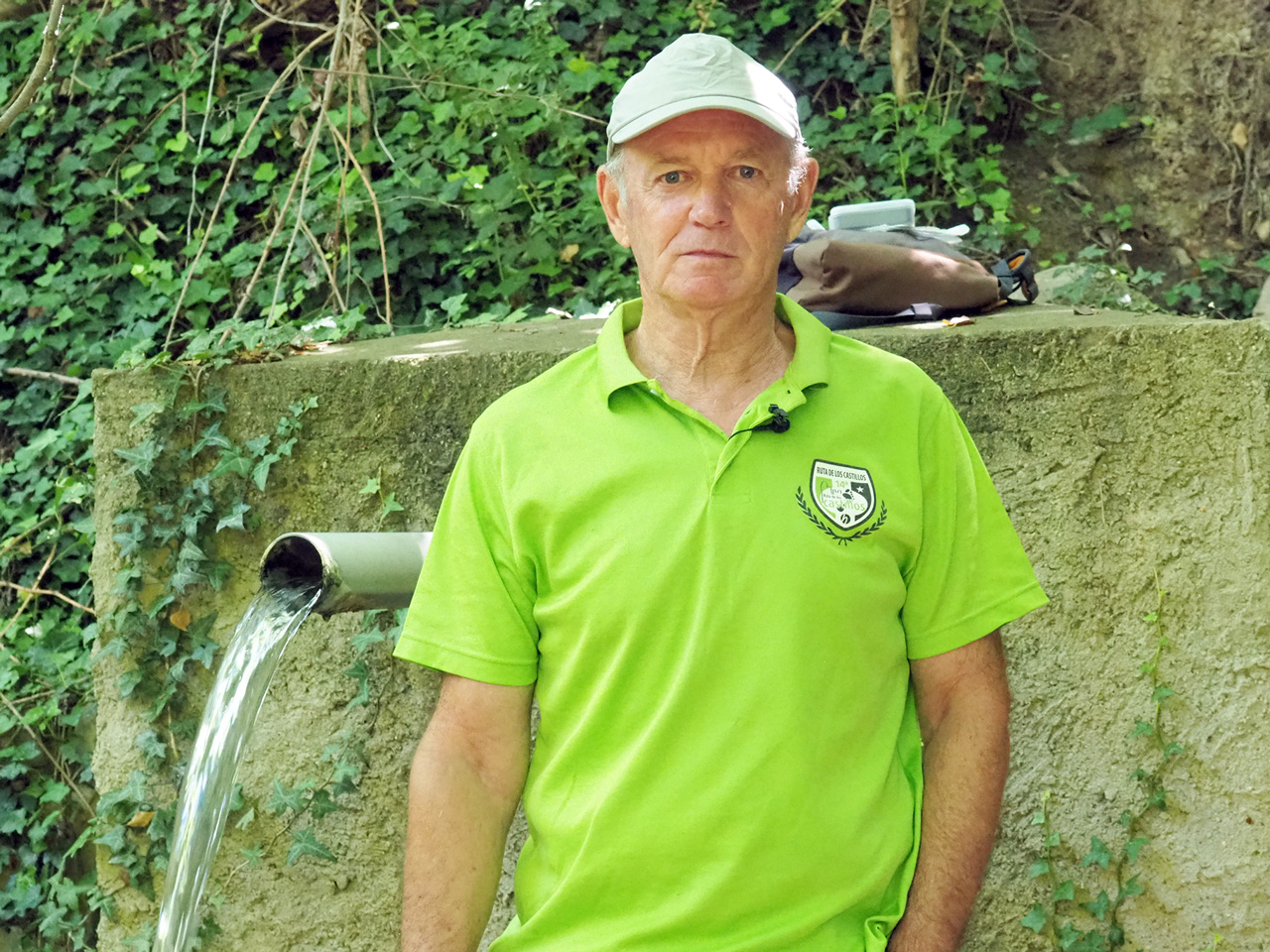 Bernardo Más, president of the LiertAgua Potable Neighborhood Association, in front of the local spring whose levels exceed 100mg/l of nitrates | DATADISTA

The association is battling plans to install a new 3,000 sow pig farm that aims to use almost 10 times the water consumed annually by the inhabitants of Lierta. The association fears that the flows will drop even further and leave them without tap water all year round.

The mayor of La Sotonera, María Isabel Baillo (PP), has declined to speak about the situation of water contamination by nitrates in Lierta. 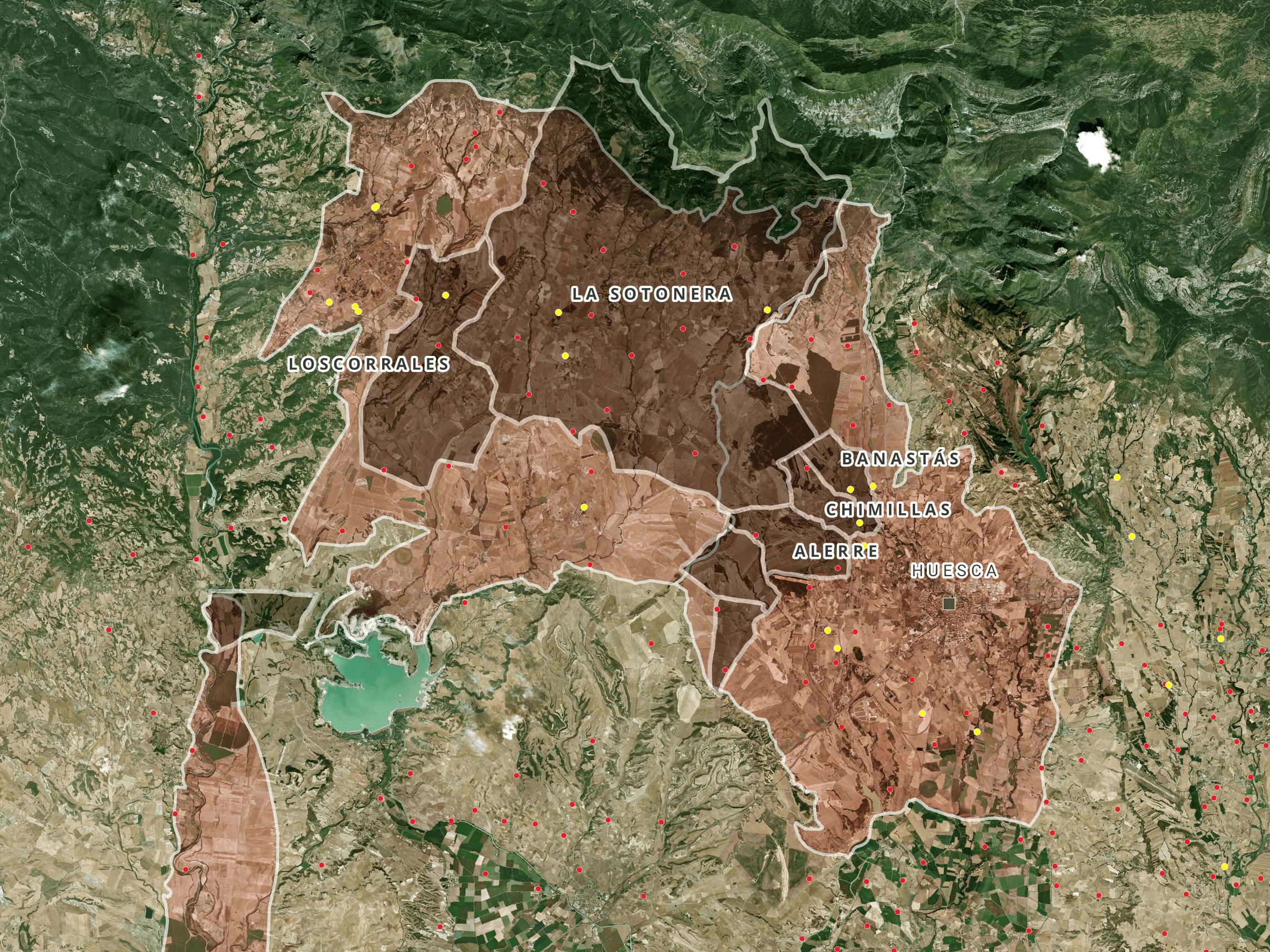 - Municipalities with measurements above 50 mg/liter of nitrate in the supply for human consumption between 2016 and 2020.
- Groundwater bodies contaminated by nitrates from agricultural and livestock sources.
- Industrial pig farms.
- Waters affected by contamination by nitrates according to Royal Decree 47/2022.

The urban center of Laguarres, in the municipality of Capella, is surrounded by industrial pig farms. Water sources for human use are contaminated by nitrates. In red, the fertilization plots that concentrate more nitrogen than allowed by the regulations are shown.
| Source: Government of Aragon, Ministry of Ecological Transition, CNIG, C.H. Ebro and Openstreet Maps

"The first time that the analysis showed a very high nitrate contamination was because the water was collected from a ravine whose waters flowed in front of a pig farm with a capacity for 1,646 animals and from an old fountain located above," explains Cruz Mur, a councillor of the People's party in Capella. The council went on to obtain the water from a river, but every time there is heavy rain, the water comes out along with dirt, rendering it also undrinkable.

The Mayor of Capella, Ángela Sarriera (PSOE), has declined to speak about the situation of water contamination by nitrates in Laguarres.

Between 2016 and 2020, 49 municipalities in Aragon had values above 50mg/liter in tap water at some point during the year, according to the System for National Information on Drinking Water. In 2020, the General Directorate of Public Health in Aragon detected 93 measurements above 50 mg/litre affecting a population of 6,997 people. 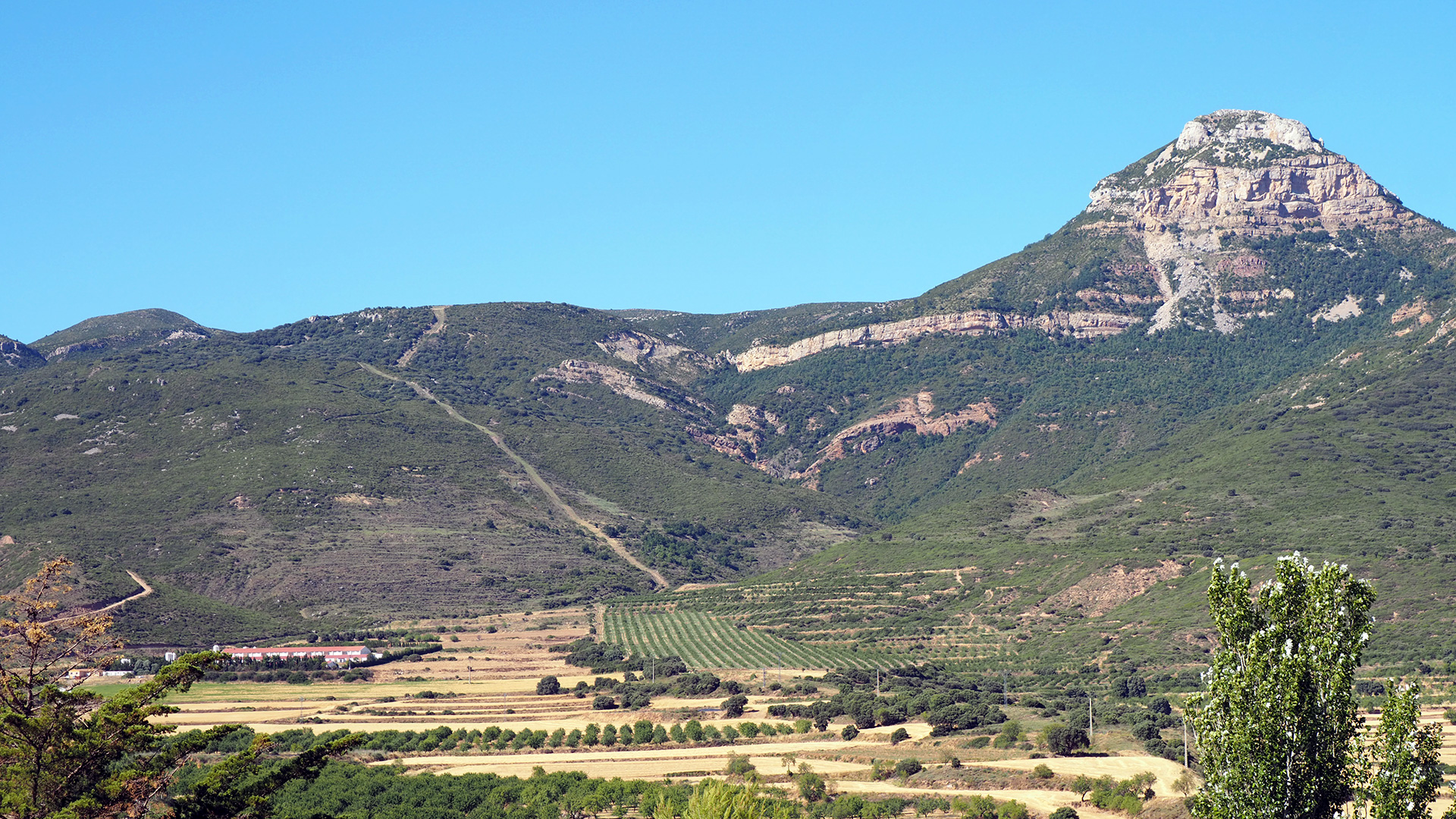 View of Gratal (1,563m) from Puibolea. This peak is an emblem in the Hoya de Huesca region and its figure is used as a symbol against industrial farming. In the foreground you can see a pig farm. | DATADISTA

The reports of the Ebro Hydrographic Confederation recognise the proliferation of intensive livestock farming as one of the main causes of nitrate pollution of the region's waters, despite the fact that it is a diffuse pollution that is difficult to attribute to a specific origin.

Next chapter: Coopted social protest and the Loporzano exception ››